#1
Statcounter: The Dublin web firm that is slaying Google at its own game
Irish Independent 21 August 2014

There are not many companies that can really take on Google at things that the €300bn giant is good at. Just ask Microsoft and Yahoo.

But one small company nestled in Dublin's Guinness Enterprise Centre has powered into one of Google's most prized areas: web analytics. Statcounter has grown from being a teenager's project 15 years ago to one of the world's most respected web analytics firms, providing detailed information to tens of thousands of small companies around the world - and millions of other users - about how their online offerings are faring.

The company, which computer programmer Aodhan Cullen founded when he was 16 and which now employs 10 people in Dublin's Guinness Enterprise Centre, conducts the lion's share of its business in the US. There, it is lauded in the industry as an 'independent' service, meaning it is completely free of any suspected connection between analytics performance and adwords business.

"In this industry, there are lots of ways to make money that we wouldn't approve of," she said. "We've refused tons of money for certain unsavoury practices, usually associated with surreptitious advertising techniques. For example, there are lots of people who will pay you to plant cookies on websites. And we know that some companies have gone down that route. You could make megabucks fairly quickly in doing that. But it would really damage your credibility."

Statcounter's reach extends far beyond its own customers. The company is regularly quoted by the tech industry's top media publications and research firms because of the authority of its free global statistics service. This shows valuable trend information, such as which mobile operating system is beating rivals, how tablets are faring against PCs or even which social networks are winning on the web.

"We track 15 billion web views per month," said Aodhan Cullen. "That's really more than anyone else in this space. It means that the sample we provide is large enough to give a really good idea of what's actually going on in the market."

The company specialises in having the widest statistical reach for mobile web traffic, including the ability to identify handsets.

"This gives customers and users more actionable statistics," he said.

While Google is a monster competitor, Statcounter has recently been winning new customers thanks to developments such as Google's keyword data withdrawal. Since 2011, the web giant has been steadily expanding its policy of withholding keyword data for 'organic search'. This effectively means that website owners and professionals have limited access to the keywords used to find their sites. To counter this, Statcounter recently launched a feature integrating Google Webmaster Tools keyword data into its reporting. This frees up website owners from having to separately access Google Webmaster Tools and attempt to analyse combined information, which takes far more time.

"You'd be surprised at how big an issue things like that are for those who run websites," said Cullen. "This has been one of our most popular feature introductions in a long, long time."

Statcounter ticks all the boxes of what young tech companies are told to achieve: a lean startup, export-focused with a solid product and a clearly defined market. Indeed, 60pc of the company's customers are based in the US.

However, the company is resisting another perceived stepping stone in the startup narrative: physically moving closer to where the bulk of its market is.

"No, I don't think so," said Aodhan Cullen. "We're very happy with how we're set up and the way we deliver our service. We do have a couple of people in the US that look after a few things there. But the beauty of an online service is that it's a lot less dependent on physical office locations."

That may be the case, but scaling a technology business without a presence in Silicon Valley or another concentrated US hub is regarded as an uphill task. Then again, neither of the Cullens regard explosive growth as a short-term goal. This is one reason why they have resisted overtures from venture capital firms and other fast-track investors.

"There are a lot of issues that come with taking on venture capital," said Cullen. "It suits some tech companies and there are exciting aspects to it. And we wouldn't rule it out if the right deal came along.

"But we've been very happy with the kind of managed growth we've achieved without going down that route."

That means more of the same for the time being, although the company is currently looking to hire more mobile developers. Like many tech firms, Statcounter operates a flat management structure where people who come in are expected to make decisions quickly.

"It's a small team and there isn't really anywhere to hide," said Jenny. "We're looking for talented mobile developers who can be up and running straight away."

"Aodhan needed an accountant but ended up gaining a wife," she joked. "I think we're going to continue to develop the services we offer, possibly including more analytics aimed at apps. But we're very happy about the way we're going and where we're at in the business."

Congratulations Jenny and Aodhan Cullen. You are a powerhouse
A

Congratulations Jenny and Aodhan Cullen. You are a powerhouse
Click to expand...
I can only second that! ;-)
L

#4
"Aodhan needed an accountant but ended up gaining a wife" she joked.

#7
Statcounter's Bot at work
He is called Statrick, Irish as he is, so he is
Statrick Statcounter says "Hello World"! 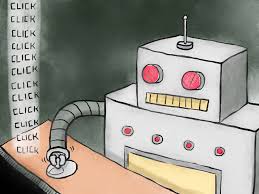 Thanks Lighthouse. Wonder if we walk past each other on the street? Say hello if you see us!

Always a bit weird talking about yourself in these kind of situations. We're both happiest behind our screens... but sometimes we have to venture out!

Thanks so much for all your supportive comments.
L

Thanks Lighthouse. Wonder if we walk past each other on the street? Say hello if you see us!
Click to expand...
Thank you Jen!

By the way, never upgrade this board to a javascripted nightmare!
Last edited: Sep 14, 2014
O

#12
For those who want to know a bit more about Statcounter and its location in Dublin, Ireland
http://forum.statcounter.com/vb/showthread.php?t=42675